Hello! My name is Philip Holm and I'm a musician based in Helsinki, Finland. I play double bass, electric bass and an old sewing machine turned into an instrument. 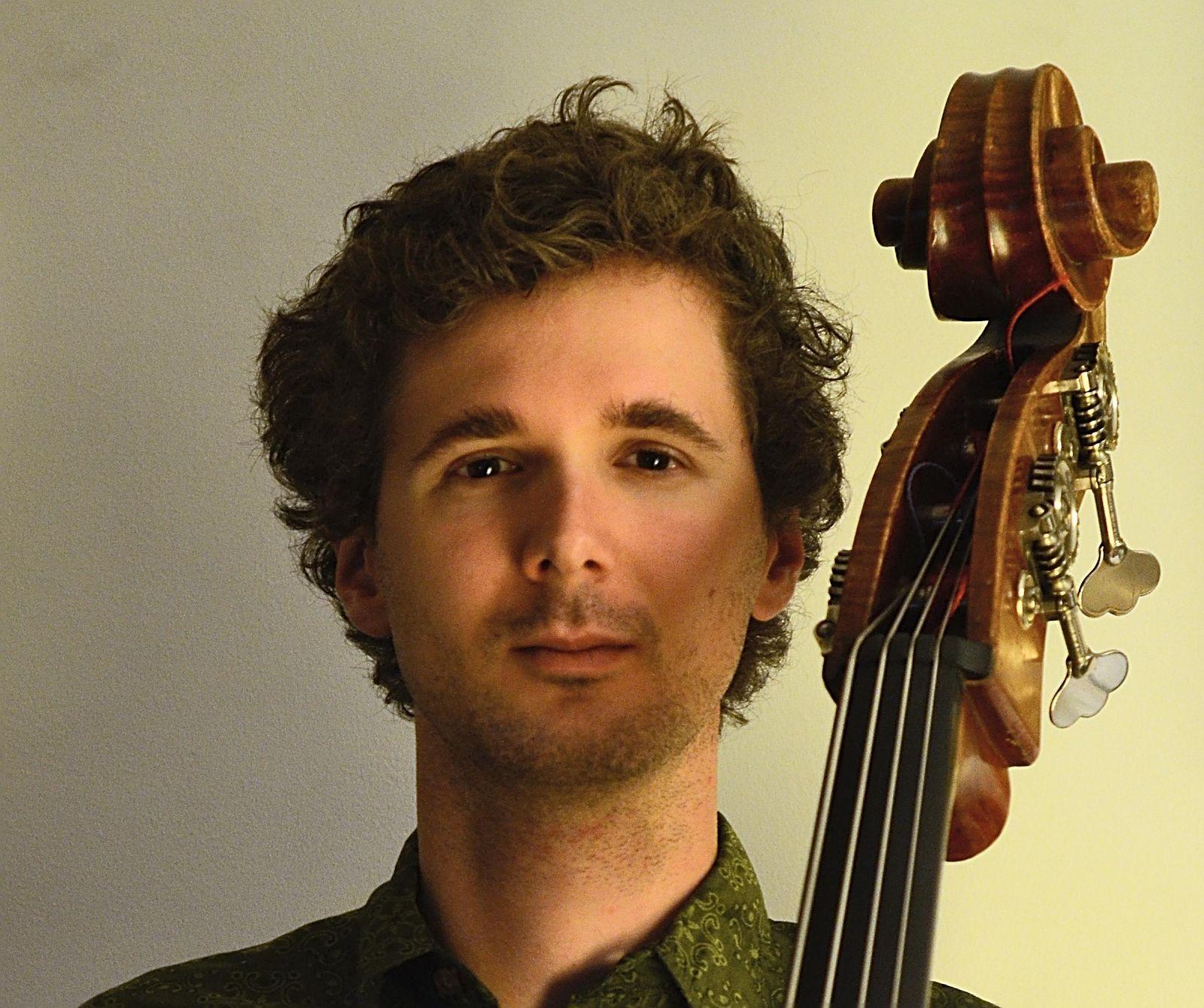 New album out by Barlast! Order a CD and/or check it out on Bandcamp!

Barlast creates spacious new music with a silence echoing in the background.

The silence can be heard between the notes. Everything unnecessary is stripped away.

Only the name remains as ballast.

From the soothing sound of a telecaster to the calling of the herder instrument mänkeri, from the rumble of a frame drum to a free double bass solo. The aural visions range from 18th century dances to heavy breathing in hazmat suits.

The quartet was formed in Helsinki in 2016 and has since performed in Finland, Estonia, Norway, Hungary and Japan (live stream). Barlast has released four albums: Musik för Scener (2022), Live and electric (2021), Svanvik (2019) and Ihantola (2017). Barlast has been said to "play their ethereal and expressive music so magnificently that the in principle challenging fusion of folk music, jazz and improvisation captures the listener" (Onni Rajaniemi, Kansanmusiikki magazine 2/2019).

Buko Shane is an americana influenced rock band that features Philip on the electric bass and tailor's fiddle.

An improvisation on the taylor's fiddle (2016)

The Taylor's fiddle (Räätäliira in Finnish) is an instrument constructed by Mayim Alpert and Lauri Kallinen according to Philip's idea.

It is constructed out of an old sewing machine and is played a bit like a hurdy gurdy. It has been used in theater plays, rock concerts and even as the solo instrument in a concert by a symphony orchestra. Listen to the instrument in the videos below! 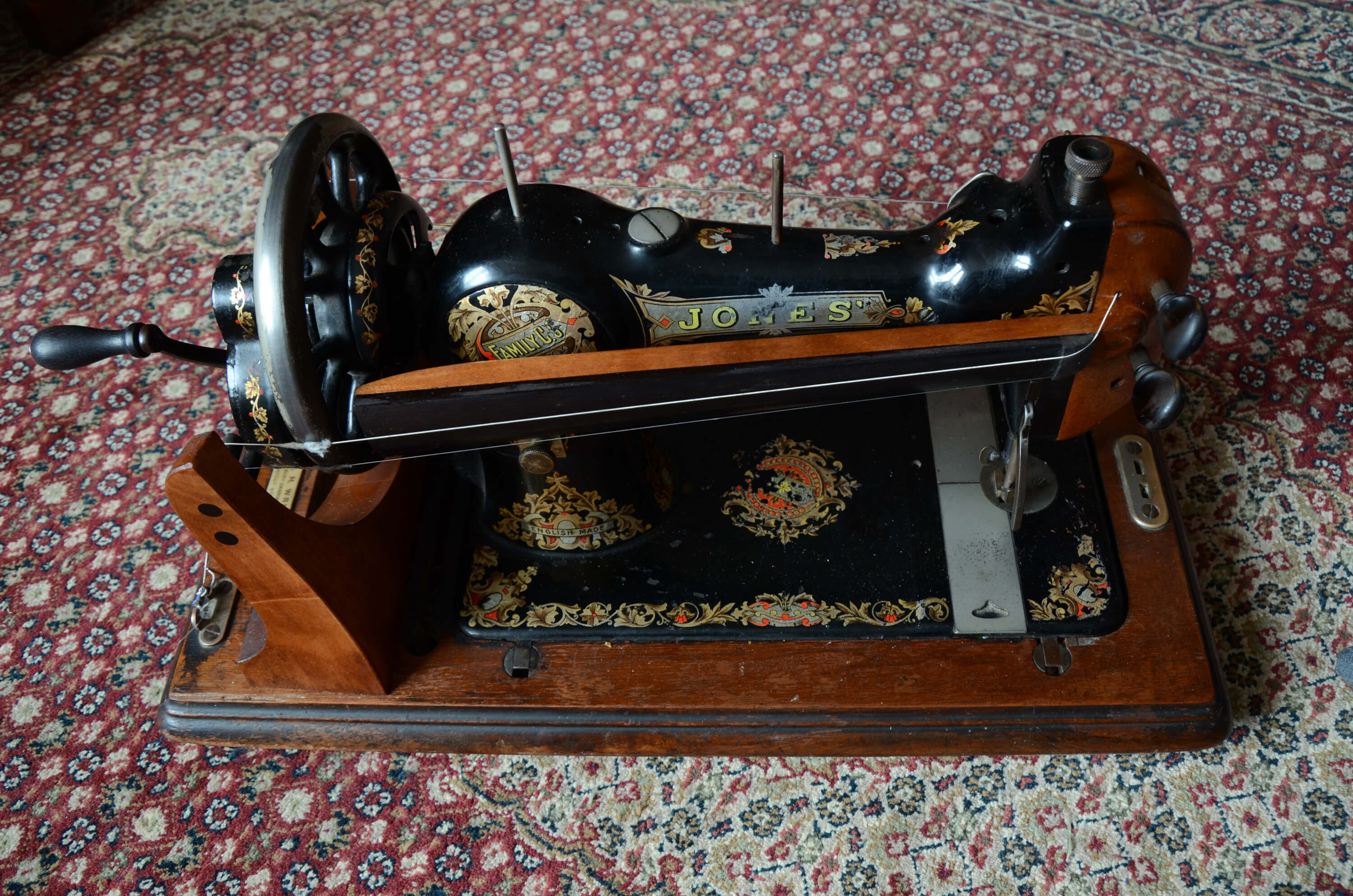 Philip has collaborated with the critically acclaimed theater group Krepsko since 2013.

Krepsko was founded in 2001 in Prague and has performed in 26 countries and won several awards. Philip has featured as an actor in the play Illuminium and as a musician in the cabaret Portwine, Popcorn and Puppetry. He has also played on the soundtrack of several other plays.

"When birds start falling, and theremins are calling - we're close to Illuminium."

Illuminium is a story about a world that is not yet or no more, the glimmer in unexpected places, a girl with radiating golden shoes and a bit about bugs too.

The play has been performed in Tehdas Teatteri, Turku and Nukketeatteri Sampo, Helsinki 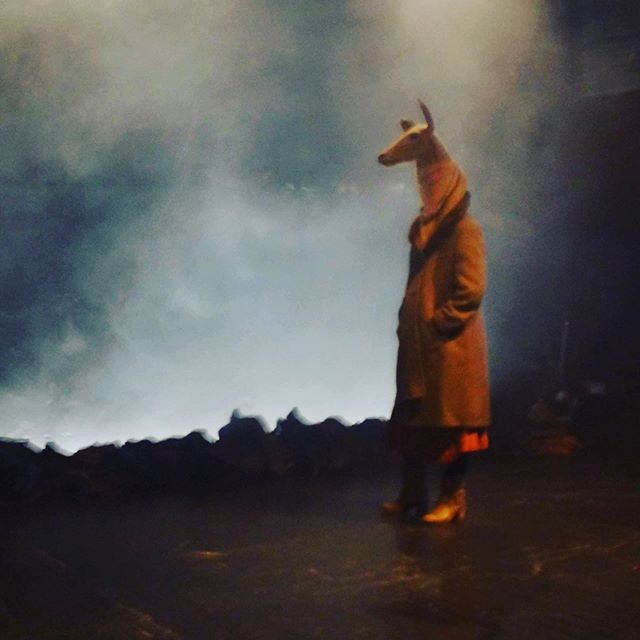 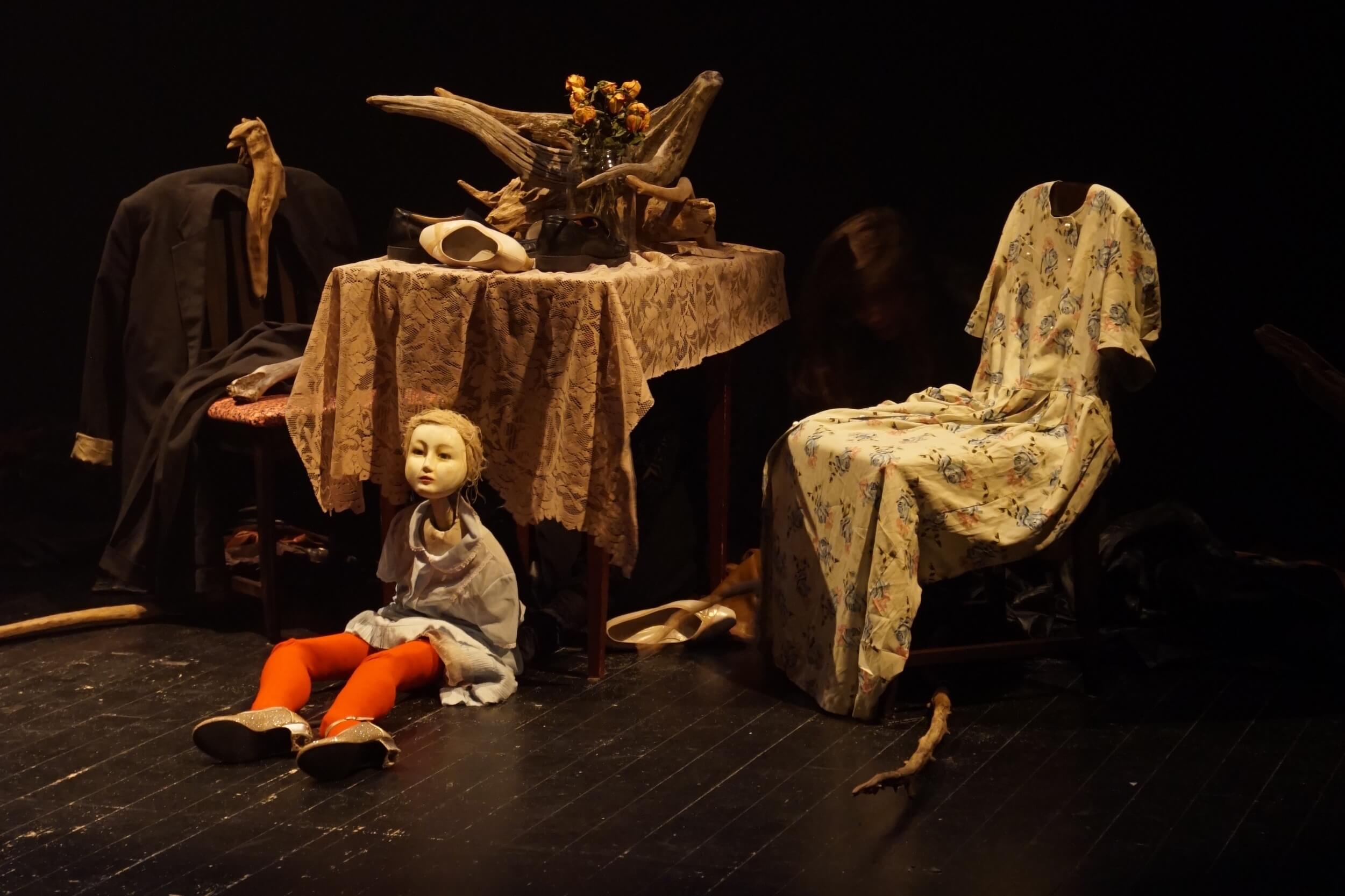 Krepsko cabaret is an international troupe traveling from one imagined city to another, a unique performance offering surprises, circus thrills, pearls of puppetry and live music.

"The cabaret should remain, resonating in the audiences' subconscious, as a smile the next day, a hummed melody, a picture you don't want to forget." 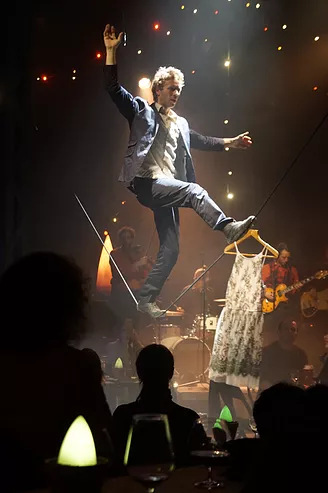 Trailer for the live cinema show Breaks at Dawn.

Breaks at Dawn is an improvised live cinema collaboration by the folk/jazz band Barlast and media artist Nina-Maria Oförsagd.

What happens in the surroundings at night where most are not awake, when time does not really exist as in everyday life? Breaks at Dawn moves in the hours when it’s dark and nothing happens, outside of everyday reality, in an interstice before a million city wakes up.

The live video art and concert involves a discussion between visual material and the sound world. With the help of a VJ program, Nina-Maria Oförsagd is editing a narrative live to the music while the sound track is created by Barlast. Together they create an experimental film in the moment during their live show.

Barlast examines the boundaries between composition and improvisation. The quartet brings together elements from both the archaic and modern Nordic folk music tradition with European jazz and improvised music.

Nina-Maria Oförsagd's separate film sequences have been made (and continues to be made) in an Asian environment, in urban million cities (Tokyo, Taipei, Hong Kong and imaginative Lin-Tsi). Oförsagd is looking for places in different unique surroundings where there is still a magic layer of time where she can squeeze in and build the fictional world and mood she visualizes. Oförsagd also works with local artists on site, with movement and expression using performance and improvisation as a working method in making the separate film sequences.

Barlast and Oförsagd work together with the live cinema performance Breaks at Dawn. Another collaboration is the short movie Arrangement non-existent which was made during the social distancing era of the covid-19 pandemic

Arrangement non-existent is a short movie made during the covid-19 pandemic.

How time is now, in motion, at place, experienced.
Through movement in a selected location as improvised performance two characters get a connection and their movement grows to a larger pattern together with sound, poetry and words.

Nina-Maria Oförsagd (FI) found this visual material in her archives during lockdown in spring 2020. With the cross-disciplinary group collaborating isolated from each other, it was developed further and revealed something about time in relation to our different self-connections and outer perspectives.

The group has been working individually. The performances were made on site in Taipei, words written and then read and recorded individually by Mauritz Tistelö (SE) and Hsinyen Wei (TW). The music was recorded individually through improvisation while looking at the video piece by each group member of Barlast (FI). All the different elements that have been made alone are joined together in the piece.

The Bikini Brothers is the only known cold war revival band, playing forgotten American songs about the atomic bomb and the cold war.

"The spiritual jazz vibe of the late 60s and 70s, spearheaded by the Coltranes, Pharoah Sanders and Sun Ra is being recharged by a new generation!" - Jazz Journal

Since then he has studied the tradition in master classes and with his bands and performed in different settings. He is a regular face in the Finnish klezmer scene and has toured schools with the quartet Vallila Klezmorim. Watch more klezmer videos below!

Philip performs regularly both at dances and concerts with different musicians, most notably Jimbino Vegan, Tomi Kettunen and Antti Korhola.

Check out 67 times naked in the video above, featuring Belgian drummer Stephen Scharmin! Regular band members are Jimbino Vegan on clarinet and vocals, Tomi Kettunen on guitar, Alm Nyman on washboard and vocals and Philip Holm on double bass. 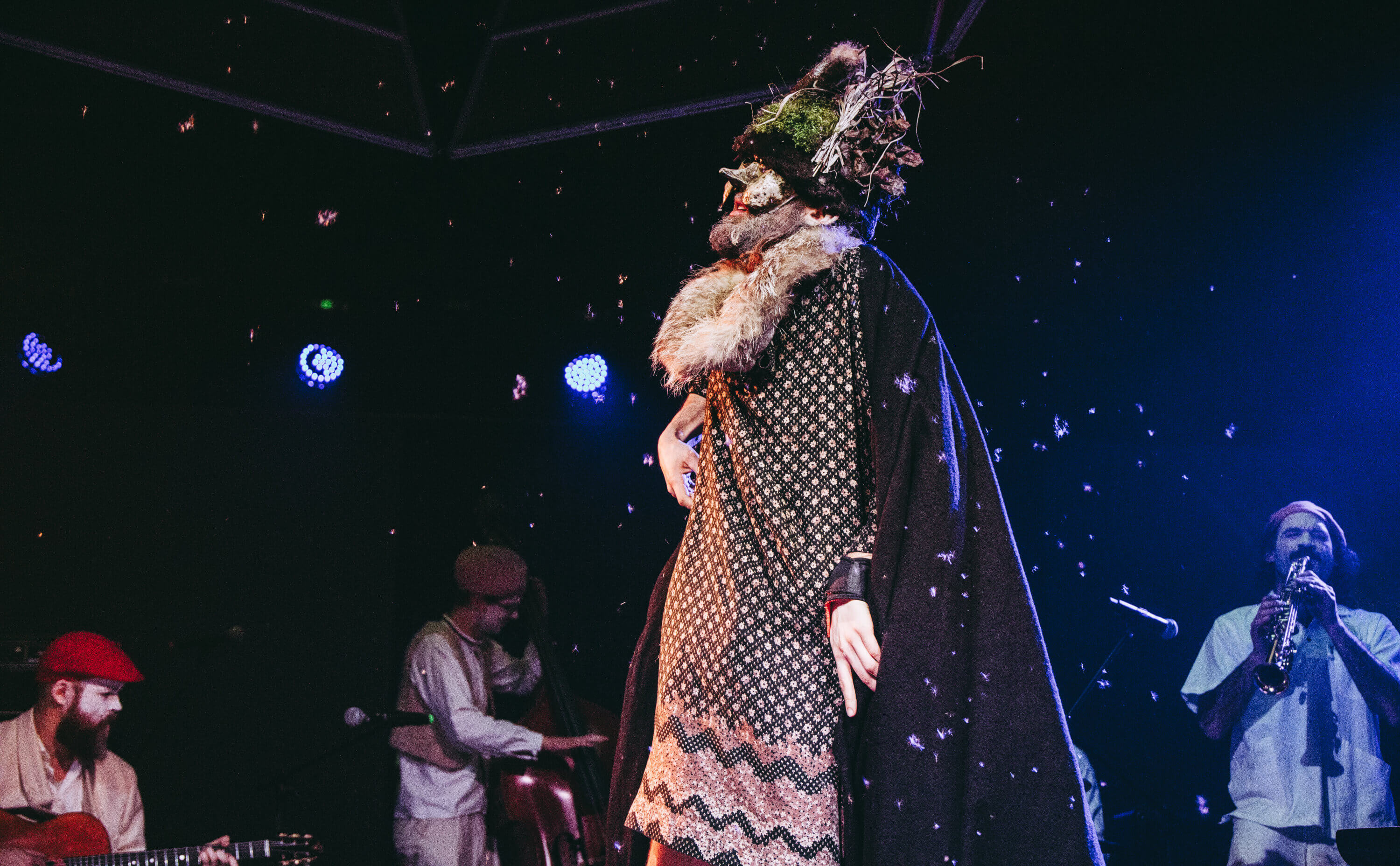